On the way to tracking transport in Colombian NDC 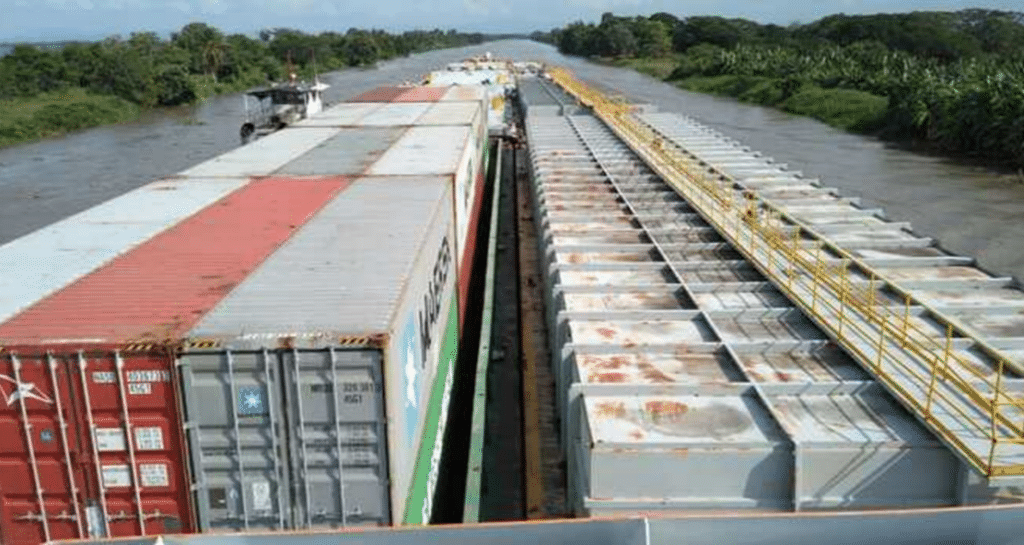 We all know how hard it is to keep a commitment alive: eat less sugar, do more sports, lose weight, change a bad habit, introduce a new practice… It’s difficult to do things differently and when we don’t have a good system in place to keep track of what we are doing and if we are doing it right, we might end up forgetting, giving up or falling back onto our old routines.

With countries it’s not so much different. They have made commitments to reduce their Greenhouse Gases via their Nationally Determined Contributions (NDCs), which include targets (what they want to achieve) and measures (how they want to achieve it). What is often missing are systems to track how these commitments are put into action and if they achieve their set target. These systems are often referred to as MRV, which stands for Monitoring, Reporting and Verification, so three important steps to ensure that what has been promised is actually materializing. In this Story Of Change we will focus on the Colombian NDC and how the Colombian Ministry and GIZ of Transport developed an MRV method to monitor, report and verify its transport climate commitments.

In December 2020, Colombia presented its updated NDC with a significant rise of ambition: Whereas in 2015 the country committed to reducing its national emissions by 20%, in 2020 Colombia envisages a 51% by reduction of its GHG emissions compared to a business-as-usual scenario by 2030. It also sets a total cap of 169,4 Mt of GHG for 2030. As a major consumer of energy and contributor to GHG emissions, the transport sector plays an important role in this national effort.

So, what is in the Colombian transport NDC?

The Colombian NDC contains seven different transport measures that were defined and proposed by the Ministry of Transport. According to the Ministry’s estimation, together, they have the potential to reduce GHG emissions by approximately 5,7 megatons.

Let’s have a closer look at what is in the Colombian NDC transport policy mix:

By 2030, Colombia seeks to have more than 500.000 electric vehicles on its streets. This is to be achieved through a package of measures including regulation, fiscal incentives and charging infrastructure.

Colombia expands Performance Based Navigation (PBN)- a system to make flight routes more efficient- to 60% of its airports.

With this NAMA measure, which includes cycling infrastructure, parking management and low-speed zones, Colombia seeks to increase the share of cycling to 5% in the participating cities.

4) Scrapping and renewal of freight vehicles

Colombia is scrapping and replacing heavy duty vehicles (HVDs) of more than 10,5 tons and older than 20 years.

By 2030, Colombia wants to increase the share of goods transported on the Magdalena River from 3 to 8 million tons per year.

Colombia seeks to rehabilitate and reactivate a rail corridor and to shift more than 3 million tons of goods from trucks to rail.

Even though expanding electric mobility makes up the largest share of potential GHG emission reductions, the Colombian NDC displays an interesting mixture of measures that include passenger and freight transport, as well as measures to avoid the need to travel (TOD) and measures that shift transport to more sustainable modes (active mobility, rail and navigation).

For more insights check out the whole infographic on the Colombian transport NDC.

However, with such a diverse set of measures that involve many different actors – city governments, rail operators, truck drivers, airports just to mention a few – one can imagine that monitoring the implementation and tracking the emission reduction effects of the transport measures in the Colombian NDC is a challenging task. This is where GIZ supported by Hill Consulting came in.

And how do we keep track of its implementation and results?

In a first step, by reviewing international literature and best practices the project identified tools and approaches that fit the Colombia conditions. It then analysed in detail measure by measure to understand their scope and temporality and identify the data needs and sources to monitor implementation and reduction effects. The analysis showed that while some data is already freely available and accessible (e.g. car registries), in specific areas such as freight major data collection efforts have to be undertaken.

After establishing the cause-impact chain for each measure, the project went on to define the variables that have to be monitored to track the implementation of each measure as well as the method to calculate the final GHG reductions. All the information was compiled in concise MRV guidelines for each measure. Calculation memories help to replicate the exercise in the future.

“The process of developing the guidelines helped us to identify where we were going to find the information, what information was lacking, who we needed to contact to get it. And the process was two-way, we also made propositions from our area, and we saw that they were included.”

Diana Vargas, Advisor of the Department of Sustainable Navigation of Cormagdalena

The development of the MRV guidelines occurred in a participatory process, in which the Ministry of Transport and other stakeholders contributed with their expertise. Advances and results were discussed in roundtables and workshops in order to ensure that the final guidelines corresponded with the need of the ministry and the stakeholders. They will provide the Colombian Ministry of Transport with the methodological tools to monitor and report on the Transport NDC and make adjustments where necessary.

Francisco Sichacá Avila, Advisor of the Low-Carbon Strategy in the Ministry of Transport

The guidelines are an important tool in the hand of the Ministry of Transport. But they can only be the starting point of a longer journey. Developing a robust and functional MRV system in Colombia will require not only accurate data and an adequate methodology, but also good governance and strong interinstitutional coordination. As in all other countries, the transport sector in Colombia is particularly fragmented between different levels of government, public agencies and private sector actors. Connecting these different actors in one single system, in which everyone knows and responds to his role will be the next challenge to tackle and will certainly inspire more #StoriesOfChange.

Verena Flues co-authored this article and the component was supported by the GIZ TraCS and EUROCLIMA+.