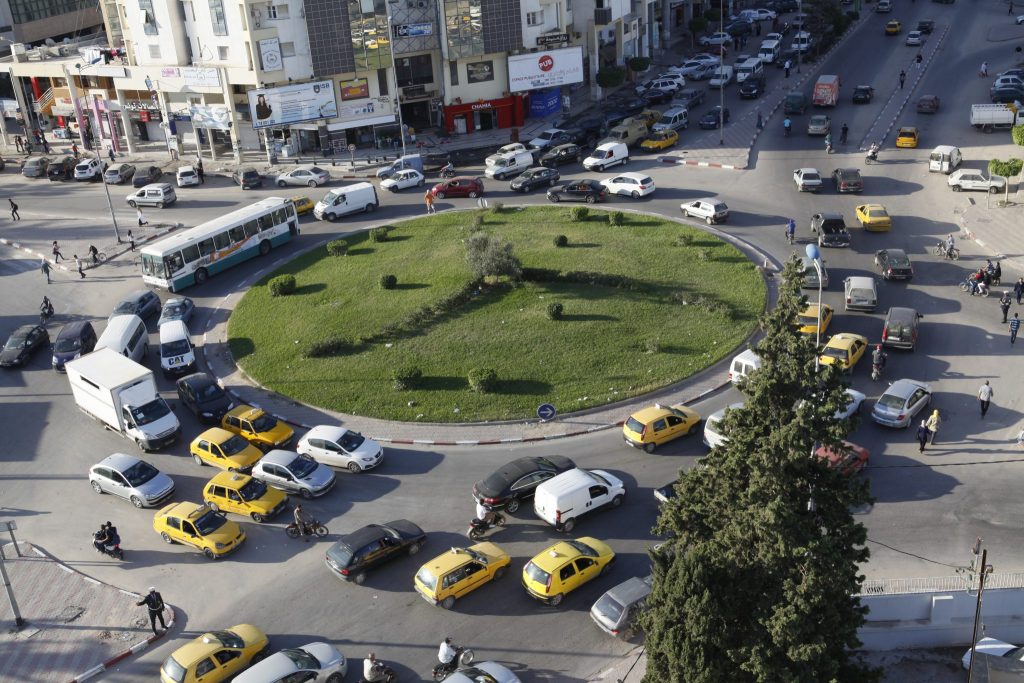 Outcomes of the BMU funded TRANSfer initiative in Tunisia

The Tunisian transport sector is responsible for around 21% of national GHG emissions and 27% of GHG emission related to the energy sector. Consequently, the first version of Tunisia’s NDC (2015) presented the transport sector as one of the priorities concerning necessary GHG mitigation in the energy sector, without having developed a detailed mitigation concept or NAMA at this time. This ‘lack’ of a solid theoretical basis or planning for mitigation action in the transport sector could be remedied via the Federal Ministry for the Environment, Nature Conservation and Nuclear Safety (BMU) funded support project TRANSfer, realised jointly by the Tunisian Ministry of Transport (MoT), the National Agency for Energy Management (ANME) and GIZ Tunisia in the period 2017 to 2019. 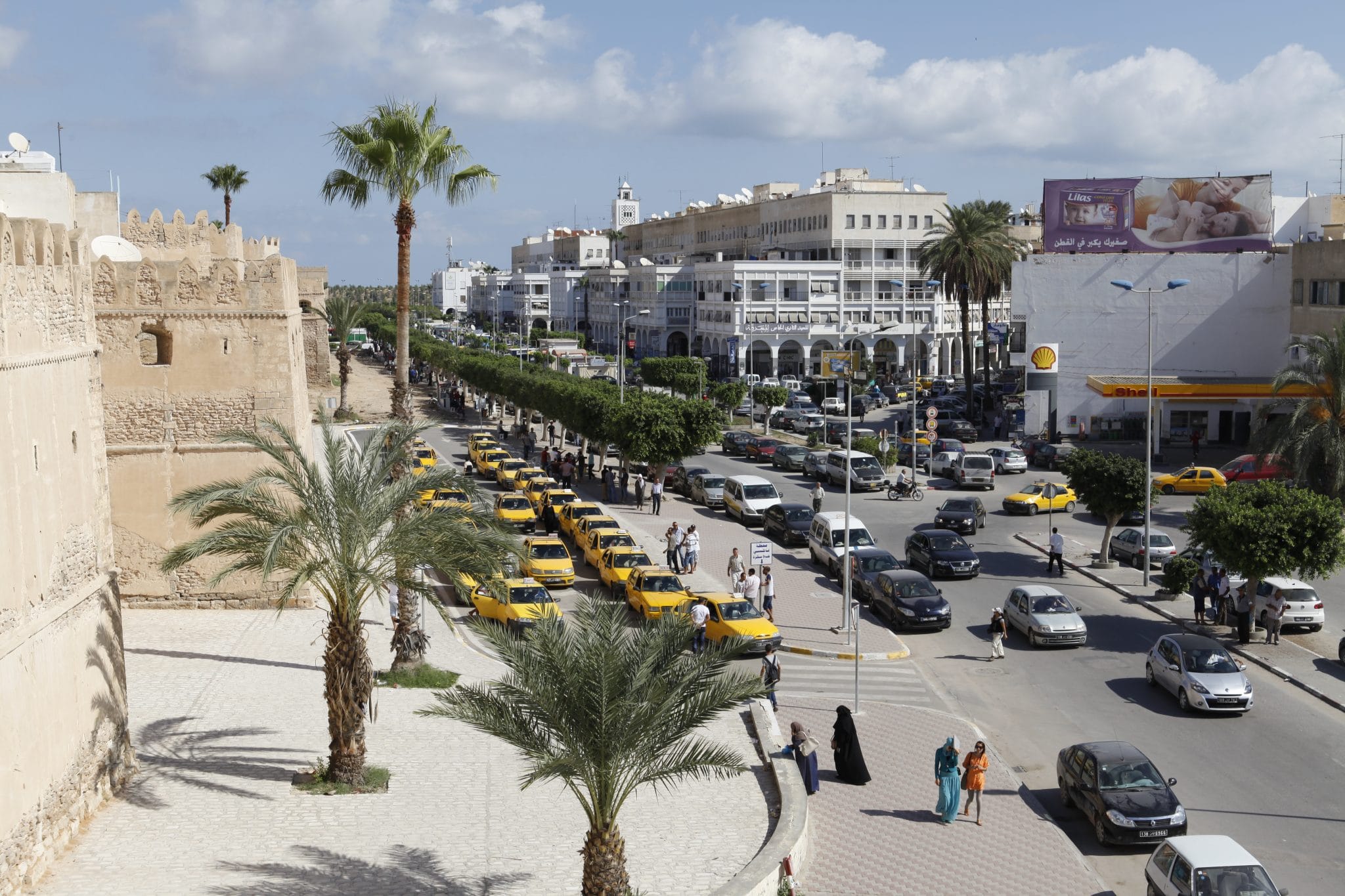 Within the framework of MobiliseYourCity, MoT, ANME and GIZ brought together stakeholders from over 19 different ministries, public agencies, municipalities and transport companies for a 5-step process on GHG accounting accompanied by the German consultancy company ifeu and local sub-contractors:

The GHG inventory for road and railroad traffic was compiled using the model / tool TRIGGER, developed by ifeu. Basic input data and parameters (vehicle fleet, average distance travelled, average fuel consumption and emissions factors) have been provided by national agencies (ATTT and ANME) and compared / quality controlled by comparison with data of the Tunisian Ministry of Infrastructure and the official national energy balance compiled by the Tunisian Ministry in charge of Energy. The comparison of the top-down-approach (energy balance) and bottom-up-approach (TRIGGER) revealed a cap between both methods, which could be linked (amongst others) to the non-consideration (inside the energy balance) of fuels sold on the black market in Tunisia. The improved method for GHG inventory compilation via TRIGGER can be considered to represent a detailed IPCC TIER 2/3 approach, while former inventories for the transport sector in Tunisia (within the context of e.g. Biennial Update Reports) used a more simple TIER 1 method.

A macro approach based on the previsions of the population number and GDP of the country was subsequently used to project baseline emissions. Provisions of GDP, population and other values have been aligned to data generated by MedPro, an energy simulation model used by ANME for long-term projections in the energy sector. Statistical approaches were likewise used concerning specific input data, for example distance travelled. The development of energy efficiency and fuel consumption of vehicles was estimated based on projected developments for Europe (main importer of vehicles to Tunisia) as well as national studies.

Mitigation actions were identified among various existing studies (e.g. “Study on the Rational use of Energy (URE)”, “National Transport Master Plan (PDNT)”, etc.) and completed by expert opinion. This long-list of actions was subsequently discussed in form of stakeholder consultations with representatives from more than 19 institutions, resulting in an approved short-list of actions to be considered for the GHG impact assessment. 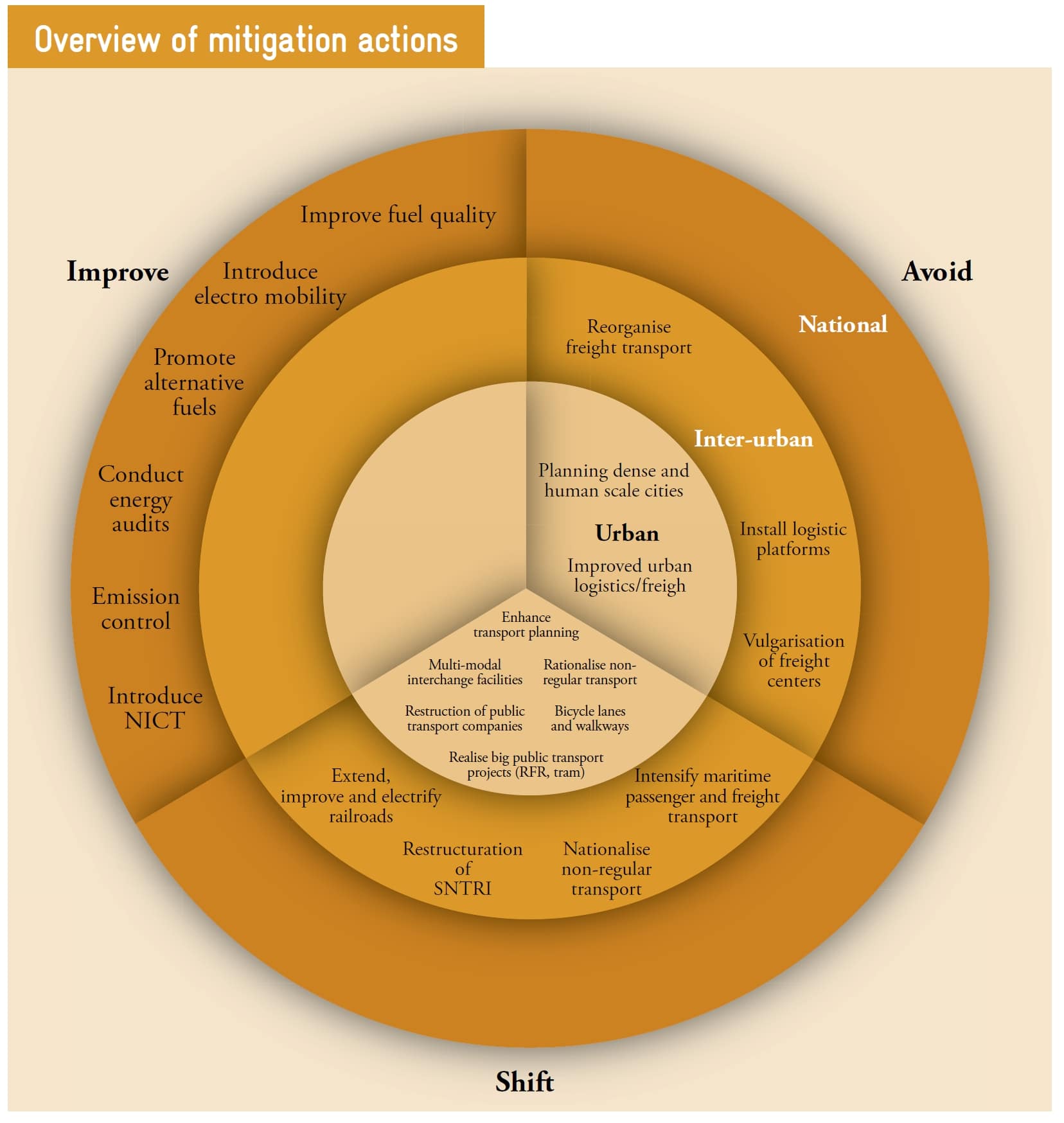 Actions with same or similar impacts (improvement of energy efficiency of vehicles, shift from individual traffic to public mass transport, avoidance of trips, etc.) were grouped in step 4 and their impact on kilometres travelled, emission factors, etc. estimated by using the calculation method of the GHG inventory.

Socio-economic benefits have been listed in a qualitative manner based on experiences of transport related mitigation policies in other countries. Concerning monitoring, suggestions for the improvement of input data, general aspects concerning responsibilities, data flow and the frequency of GHG assessments under consideration of the enhanced transparency framework of the Paris Agreement have been defined.

Results showed, that the identified mitigation actions have a huge potential to raise the ambition of the initial Tunisian NDC as far as road and railroad traffic are concerned:

The study was accompanied by training series building capacities among the Tunisian stakeholders on GHG accounting via the improved bottom-up approach. A solid basis for GHG management mitigation planning has thus been created within the TRANSfer initiative enabling stakeholders from the Tunisian transport sector to participate actively in NDC planning and national reporting. 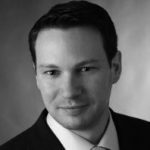