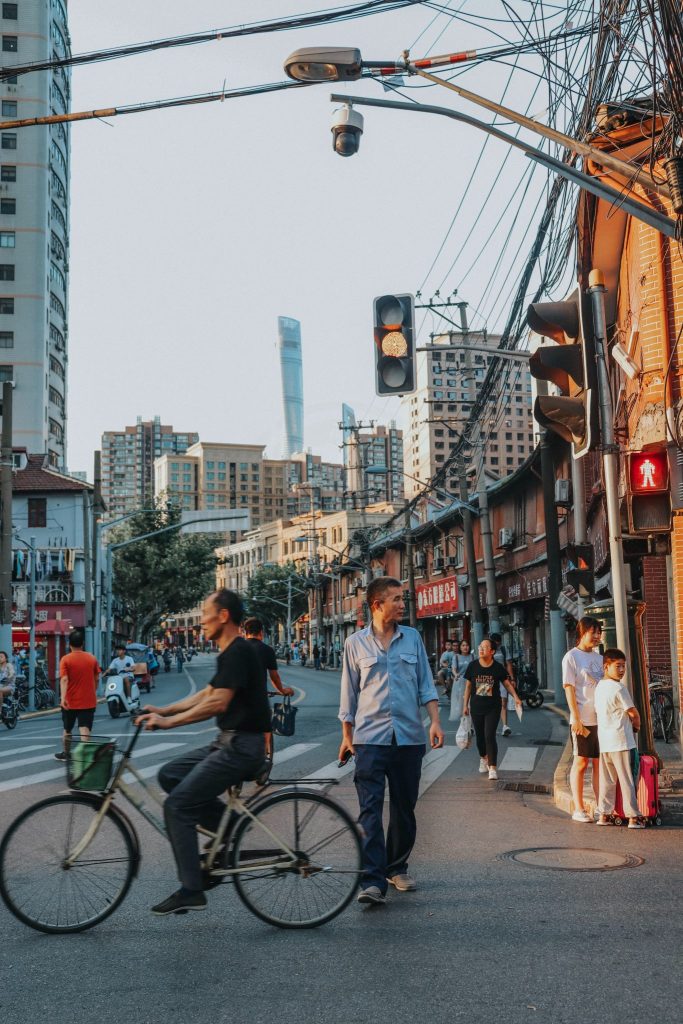 In the run-up to COP 26 and in fulfillment of the Paris Agreement, Parties to the UNFCCC are handing in their new or updated climate action plans, the so-called Nationally Determined Contributions (NDCs). So far, few countries have submitted an updated or second NDC, among them Marshall Islands, Rwanda, and Suriname (for the complete list see UNFCCC NDC Registry).

Since the 2-degree Celsius target of the Paris Agreement leaves us with a very tight carbon budget and transport is one of the major emitting sectors, a paradigm shift towards complete decarbonisation of the transport sector is needed.

GIZ together with the SLOCAT Partnership on Sustainable, Low Carbon Transport is therefore assessing the role of transport in countries’ new and updated NDCs. Is the transport sector living up to the scope of change that is required?

What role did transport play in the first generation of NDCs?

When the Agreement was adopted in 2015, it was already clear that it would be impossible to meet its targets without ambitious action to transform and decarbonise transport. In order to assess if the importance of transport for climate action was reflected in the first round of NDCs, GIZ as well as SLOCAT conducted first assessments of the role of transport back in 2016 and 2017.

Findings of both assessments indicated that transport played a pivotal role in the first generation  of NDCs. 76% of NDCs referred to transport as a mitigation source (SLOCAT) and including measures and other references, 84% of NDCs highlight transport mitigation action (GIZ). A small share of countries (8%) defined transport GHG emission mitigation targets in their NDCs. The NDCs featured transport measures more prominently that improve the efficiency of the current transport system over measures avoiding unnecessary transport or shifting to environmentally-friendly modes (please see the Avoid-Shift-Improve framework for more information). 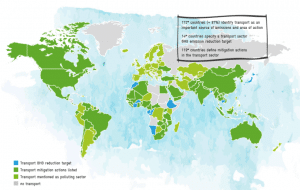 The commitments made in the first round of NDCs do not suffice, however, to decarbonise the sector fully. On the contrary, emissions from transport are growing faster than in any other sector. In the years following the Paris Agreement, countries have missed the opportunity to include comprehensive action enabling sustainable, low carbon mobility in their NDCs. If we are seriously striving for a paradigm shift to decarbonise the sector by mid-century more ambitious action is needed.

Assessment of transport in NDCs in 2020

GIZ’s Advancing Transport Climate Strategies (TraCS) project and the SLOCAT Partnership are working together to assess the role of transport in updated and newly submitted NDCs in 2020 and 2021. The assessment will pay special attention to the level of ambition of the transport sector in the NDCs.

In particular, the assessment will look at target setting for transport in NDCs, the attention paid to issues of adaptation and resilience in transport, the scope of transport sub-sectors included in the NDCs. Further, it sets out to determine if NDCs reflect a holistic picture of transport and climate change by taking into account a broad range of activity types, modes, and systems. In order to do so the analysis will be largely based and informed by the recommendations formulated by GIZ and SLOCAT.

The database will be expanded with the newest NDCs as they are submitted. In order to be as transparent as possible as well as to enable other organisations to come to their own conclusions of the role of transport in the NDCs, we will make the database that is underlying our analysis publicly available. You can download the current work-in-progress database here.

Stay tuned, check out changing-transport.org and follow us on twitter under @giztransport and @slocatofficial for more information.

If you have any questions, please reach out to Nadja Taeger under email hidden; JavaScript is required.