Across the world, urban sprawl and traffic congestion in cities have generated an ever-growing need for urban mobility which, in turn, reates demand for public transportation systems that are both energy-saving and low in greenhouse gas emissions, whilst being widely accessible and occupying little space.

The financing of these systems (operating and investment costs) cannot by far be covered by the income from fares and subsidies alone.  Other funding sources are necessary, sources that cities and countries endeavour to find and implement as best they can, often with success but always with difficulty.

In a wide range of local and national contexts, many original mechanisms have been developed: betterment taxes to capture land value increases in areas served by public transport systems, taxes on employers, and contributions of private vehicle users through harges on road infrastructure and parking. Depending on the context, these mechanisms associate different levels of public institutions, sometimes the urban transport authorities, but also private actors, especially in the context of public-private partnerships.

Their goal remains the same: the continual and efficient development of urban transportation and its sustainable adaptation to the city’s growth. This Handbook of Good Practices in Funding Urban Transport is the product of a joint initiative between the French Ministry of Ecology, Sustainable Development and Energy (MEDDE) and the French Development Agency (AFD). It was written by the association “Cooperation for Urban Mobility in the Developing World” (CODATU), and draws from subject-based analyses and case studies, with input from CEREMA (Centre for Studies on Risks, Environment, Mobility and Land Planning). The guide is by no means exhaustive but aims to highlight key examples of funding solutions which can be mobilised in the urban transport sector. The idea is to present a frame of reference for decision-makers, in both the North and South, who would be brought to think about the organisation and financial structure of the urban transportation system which offers the best fit with their city’s requirements and particularities. Within the framework of their respective areas of expertise, the MEDDE and the AFD are available to discuss any possible support with these decision-makers.

This publication is also available in French and Spanish. 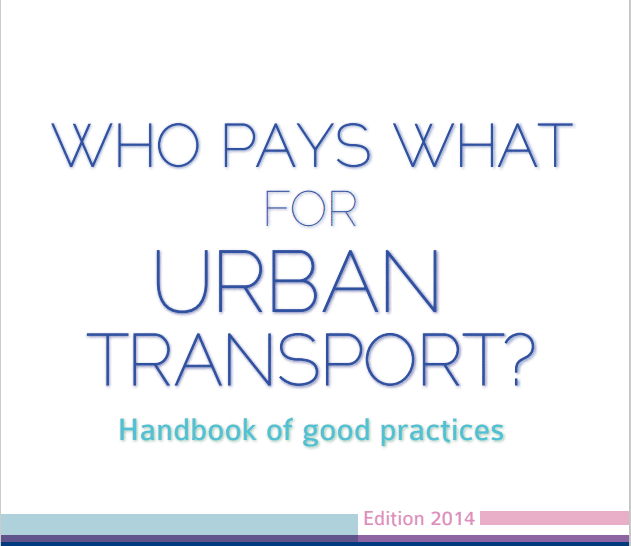