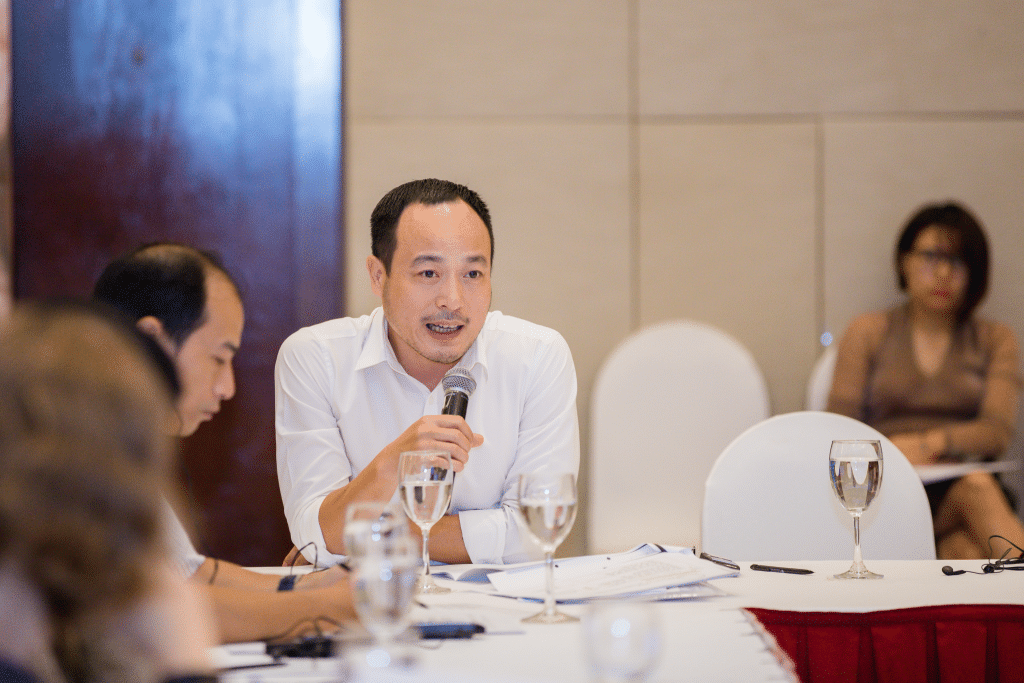 Vietnam’s Transport Sector is Set for a Drastical GHG Reduction

In Vietnam, urbanisation and economic growth have led to a sharp increase in road vehicles, resulting in rising levels of air pollution and greenhouse gas (GHG) emissions. 46 million motorbikes were registered in 2016 and it is a number set to rise: In a Business-As-Usual (BAU) scenario GHG emissions are set to triple by 2030.

To avoid such a scenario, the Ministry of Transport (MOT) is developing GHG mitigation and reduction policies as part of its Transport Climate Action Plan for 2021-2030. However, the absence of evidence-based data sequences for the transport sector’s GHG emission inventory has been a major obstacle to the development of effective policy.

“Government agencies are only able to set effective reduction policies if they can accurately determine energy consumption and GHG emissions, and monitor the results of reduction initiatives,”

said Mr Vu Hai Luu, an official at the MOT’s Department of the Environment. Mr. Luu is a member of the MOT’s GHG inventory working group, which is supported by the GIZ Advancing Transport Climate Strategies (TraCS) project. In recent years, the working group has been laying the foundations for the collection and analysis of GHG data for the transport sector. In 2017, the group advised the MOT to issue its transport indicators system and reporting regime, integrating indicators needed for GHG emission calculation purposed based on TraCS support. In the following year, the group established a data collection system for the GHG emission inventory and collected a sample of more than 2,200 odometer-readings, providing key data on average distances travelled by road vehicles.

The TraCS project has also been supporting the MOT to analyse potential scenarios to identify promising mitigation policies. The mitigation effects of different policies have been tested. These include improving the energy efficiency of vehicles, shifting freight transport from road to waterways or railways, and shifting from private vehicles to public transport and cleaner fuels.

The analysis of potential scenarios shows that the transport sector has the potential to reduce emissions up to 9% by 2030 using domestic resources while with international support, emissions could be reduced by up to 20% compared to the BAU scenario.

Although the evidence-based approach has enabled the MOT to set effective policies to reduce GHG emissions, according to Mr. Luu, there is still work to be done: “We have developed the guidance on collecting transport data for the GHG inventory, but there are still gaps in the data relating to motorcycles and small vessels. We also need to carry out more surveys to make sure we have reliable data,” said Mr. Luu.

For Mr. Luu, the evidence-based approach is not just a matter of policy. The data indicates what is achievable; it enables the Government to set realistic and challenging goals for the reduction of GHG emissions. Evidence is also vital for raising awareness. By disseminating the facts about GHG emissions the public can be motivated to act. “We want to raise the awareness of vehicle owners so they can join with us to make a difference.” said Mr. Luu.

The TraCS project is funded by the German Federal Ministry for the Environment, Nature Conservation and Nuclear Safety (BMU), and implemented by Vietnam’s Ministry of Transport’s Department for the Environment (DoE) and GIZ. The objective of the project is to support the systematic recording and reduction of emissions in the transport sector to support the implementation of Vietnam’s Nationally Determined Contribution (NDC) to the Paris Agreement.