While the benefits of cycling are widely acknowledged, from decreased congestion and improved air quality to the obvious health benefits of exercise, it has not yet become the primary mode of daily transport in most major cities. Discussions surrounding decarbonisation of transport have long emphasised the importance of e-mobility, yet cycling is an often-overlooked component of sustainable and inclusive transport systems. A city which prioritises its pedestrians and cyclists over its road vehicles is therefore a concept best experienced first-hand, as inspiration for what can be achieved by promoting and integrating active mobility policies.

1. Inspiration in Amsterdam: Demand from citizens

Two study tour delegations, featuring decision-makers from Vietnam and India on a mission to decarbonise their transport systems, witnessed the potential of cycling cities up close in September. The tours appropriately began in one of the world’s leading cycling cities: Amsterdam.

The Urban Cycling Institute (UCI) led the NITI Aayog delegation on an excursion, which focussed on the design of bike paths. By visiting key sites in person, the group encountered emerging best practices of pedestrian and cycling infrastructure, exploring the choice of different innovations in varying street contexts. To better grasp the extent of the cycling culture in Amsterdam, the tour elaborated on the city-implemented measures, such as dedicated public parking zones for cycles, short-term rentals of cycles, and restricting vehicles to drive only through the periphery of the city.

Perhaps the greatest source of inspiration was understanding that, although the city currently has more bikes than people, and well over 60% of citizens cycle on a daily basis, this was not always the case. In fact, the proportion of bicycle trips in Amsterdam fell from 80% to below 25% between the 1950s and 70s, increasing car traffic, and ultimately resulting in a drastic rise of traffic death rates. The 1970s were thus a crucial time for activism and bicycle demonstrations in the Netherlands, when citizens pushed for the prioritisation of bicycles over cars. “One of the biggest victories was managing to fend off a planned highway through the city centre,” explained Trey Hahn, of the UCI and Bicycle User Experience (BUX). Now, in Amsterdam alone, there are close to 770 kilometres of cycle lanes. The delegation was impressed by the amount of modern cycling infrastructure available to the citizens of Amsterdam and inspired to take action at home.

Yet, there remain challenges in the shift to active mobility. In Amsterdam, the high cycling density can pose challenges for pedestrians as walkable passages are limited, particularly through the clutter of parked cycles, or are made unsafe by the potential of crashes. The movement of differently abled groups, who cycling infrastructure do not yet take into adequate consideration, is especially restricted in streets which are given over to cycles. With the development and diffusion of e-bikes, moreover, traffic safety has once again become a concern, as cycling lanes are increasingly occupied by higher-speed, motorised e-bikes.

The Netherlands, and Amsterdam in particular, represent a model cycling culture and city in several national cycling strategies across Europe, as the NITI Aayog delegation discovered on the next stop in the study tour. In Berlin, the delegation met with Velokonzept, a leading German agency for cycling innovation, to discuss the Federal Ministry for Digital and Transport’s (BMDV) mobility transition roadmap.

In the ranking of the most bicycle-friendly cities of 2019, the Copenhagenize Index included three German cities in the top 20: Berlin, Hamburg, and Bremen. Yet, while in the Netherlands 27% of all trips are made by bike, Germany’s share accounts for only 11%. To promote the use of cycling as a primary mode of transport, the German Federal Government adopted the National Cycling Plan 3.0 in 2021 (Nationaler Radverkehrsplan 3.0, NRVP). The plan references the Netherlands as a model country which has set the standards for both the potential of regular bicycle usage and Germany’s cycling targets.

With the overarching vision of becoming a cycling nation by 2030, the guiding objectives of the NRVP are to

By following the example of Dutch cities, investing in cycling infrastructure, and promoting a fundamental paradigm shift, cities can take active steps towards becoming bicycle friendly.

3. Considerations for the future: How India could establish a cycling culture

Similarly to the Netherlands, cycling is considered a significant as well as traditional mode of mobility in India. Yet this has tendentially been limited to those who cannot afford other forms of transport, and primarily among the rural population. And while there are an estimated 23 million bicycles in the Netherlands for a population of 17 million, India has only 90 bicycles per 1,000 inhabitants.

The need for increased cycling and the relevant infrastructure in India is plain: not only do road accidents cause the most annual deaths in India, but air pollution was linked to 1.67 million deaths in 2019. The impressions gathered during the study tour in Germany and the Netherlands revealed numerous measures to support the development of bicycle infrastructure in India:

This understanding was the inspiration for the creation of the Bicycle Mayor Network, a network of representative community members who collaborate to brin this issue to light and accelerate cycling change. Bicycle Mayors are present in over 40 cities across India, representing the largest network in the international programme. Such independent, community-driven networks offer amazing potential to tackle India’s issues of congestion and pollution, and to encourage cycling in all parts of society.

In September, two study tours, as part of the NDC Transport Initiative for Asia (NDC-TIA), explored decarbonization policies, pathways and good practices within the transport sector across Netherlands and Germany. NDC-TIA is part of the International Climate Initiative (IKI). The German Federal Ministry for Economic Affairs and Climate Action (BMWK) supports this initiative on the basis of a decision adopted by the German Bundestag. It supports China, India, and Viet Nam as well as regional and global decarbonisation strategies to increase the ambition around low-carbon transport. 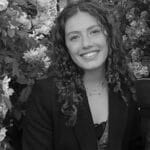