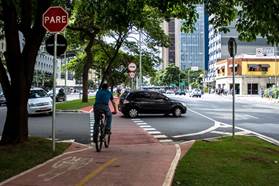 Even though Lima is described as having good geographic and climatic conditions for cycling, commutes by bicycle today have a mode share of mere 0.9%. The Metropolitan Municipality of Lima (MML) plans to increase this share to reach 2% by the end of 2018 and has started to carry out various initiatives and programs to promote cycling, such as car-free Sundays or awareness raising campaigns in schools and for car Drivers.

The city today has 165 km of cycling lanes, however the network lacks connectivity (in itself as well as with public transport) and security for cyclists, as most stretches are not separated physically from the streets and drivers are not used to cyclists, making it a dangerous endeavor to commute by bike in many areas. The city has drawn up a master plan and wants to develop additional 200 km of cycling lanes until 2018. Given the ambitious plans of the national and local governments to add 4 lines to the Metro System and re-organize the bus system of the Metropolitan Area in the years to come, now is the time to develop a connected and save cycling network and work towards an intermodal urban transport system, able to draw passengers from private motorized modes towards public transport and cycling.

As a first step towards building a comprehensive and safe network of cycling lanes in the Metropolitan Area, the GIZ project TRANSfer supported the Municipality of Lima in the development of technical guidelines for the construction of cycling infrastructure as well as a guide on cycling. The MML, with the support of GIZ, developed the guidelines in a participatory manner, engaging the 43 districts of Lima in the process, which until now have been employing different design standards.

On February 25th, all districts were invited to a one-day workshop with the objective to present and discuss a proposal of the technical guidelines, which will be finalized until the end of June 2016. After finalization the guidelines will be passed through congress by the Municipal Government in order to obtain binding status by decree. 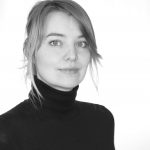