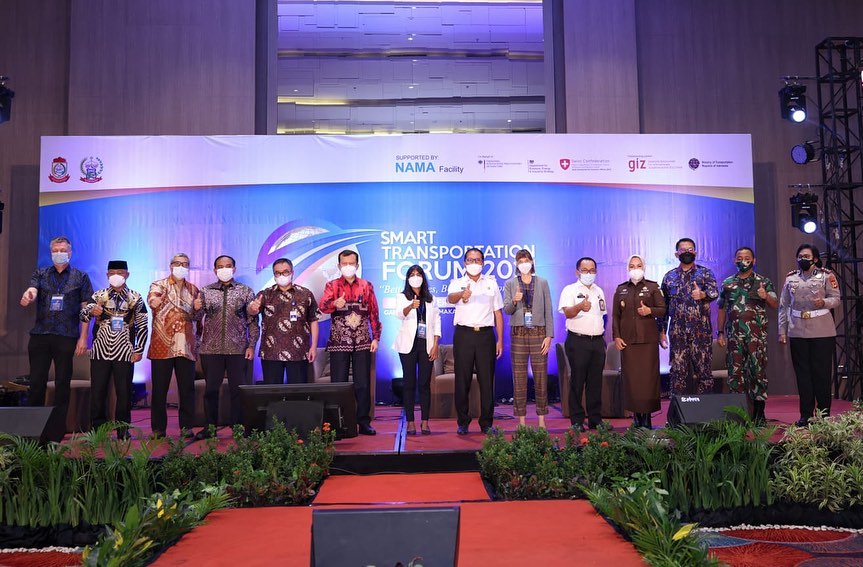 The shift towards public transport use will help to reduce the adverse effects of climate change in the form of global warming, one of which is caused by greenhouse gas emissions. To manage transport services that are safe and convenient, it is necessary to have a unit capable of handling development and operation.

Training in Jakarta: How to handle projects funded by foreign loans and/or grants

To increase PMU’s readiness to handle projects that are particularly funded by Foreign Loans and/or Grants (PHLN), SUTRI NAMA & INDOBUS held training in Jakarta on 22 November 2021. The training was attended by the relevant unit in MoT, BAPPENAS, the Ministry of Public Works and Housing (MoPWH), GIZ, and EGIS International Indonesia, Project Management Consultant (PMC) of PMU.

Topics of discussions included sharing experience from MoPWH on managing the PHLN project, the clarification of main tasks and institutional arrangements of the PMU within MoT, the foreign loan management, reporting standard program, and the action plan and implementation of PHLN.

In addition, a technical workshop was held on 26 November 2021 to prepare the development of BRT infrastructure in Bandung Basin Metropolitan Area (BBMA) and Metropolitan Medan that is funded by PHLN. It mainly discussed the understanding of road asset management between the central and local governments, especially national roads, for the BRT project. The workshop concluded with the initial draft of the role and responsibilities for local and national stakeholders in the BRT development in BBMA and Metropolitan Medan.

The development of SUT also requires technical understanding in many topics, including investment and financing, transport simulation, planning, operation, and MRV of GHG emission reduction. SUTRI NAMA & INDOBUS supported the MoT in developing a Capacity Need Assessment (CNA) and Capacity Development Programme (CDP), to provide stakeholders with a guideline on the required capacity to support the implementation of BRT projects in Indonesian cities.

This program has a defined timeline, curriculum, and training operations. The Human Resource Development Centre for Transportation Apparatuses (PPSDM) of the MoT will be the core partner in implementing the follow-up activities. On that note, a handover ceremony of the CNA and CDP between SUTRI NAMA & INDOBUS and PPSDM was held in Jakarta on 15 December 2021. SUTRI NAMA & INDOBUS provided the findings and results of the CNA and CDP as well as the work plan for the Training-of-Trainer, who will conduct these capacity development programs within MoT. The session was full of discussion as many of the MoT officials present provided additional input to ensure the success of the program, which will, in turn, provide officials of the MoT the required capacity to support the BRT projects in Indonesia.

The commitment regarding the development of SUT and BRT in Indonesia is also shared by the Makassar City Government. Their commitment to developing SUT in their area continued with the Smart Transportation Forum “Better Cities, Better Transportation” at Gammara Hotel Makassar on 1-2 December 2021.

The forum, which is supported by SUTRI NAMA & INDOBUS, is the result of discussions with the Mayor of Makassar, Danny Pomanto since May 2021, who also said that this forum is a manifestation of his commitment with Deputy Mayor, Fatmawati Rusdi, to build better urban transport.

The event concluded with a high-level meeting amongst the Government Officials from Makassar Metropolitan Area, South Sulawesi, BAPPENAS, and MoT, as well as potential donors, including SECO and EIB, for the upcoming BRT development with segregated lanes in Makassar.

The Makassar BRT will have a total of 31.4 km of lanes, 37 stations, 13 routes, and capable of serving up to 80 thousand people per day, with an estimated construction cost of Rp3,4 trillion ($238,4 million). The discussion was a continuation from an FGD that was held the previous day on the result of the feasibility study for the Makassar BRT development conducted by SUTRI NAMA and INDOBUS with FELICITY, a joint BMUV-EIB funded project implemented by GIZ. The representatives of the city, provincial and national governments provided their feedback and inputs to ensure the efficiency of the BRT project in Makassar. 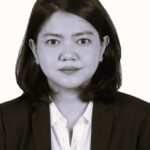