BLOG: Navigating the steep curve towards a paradigm shift 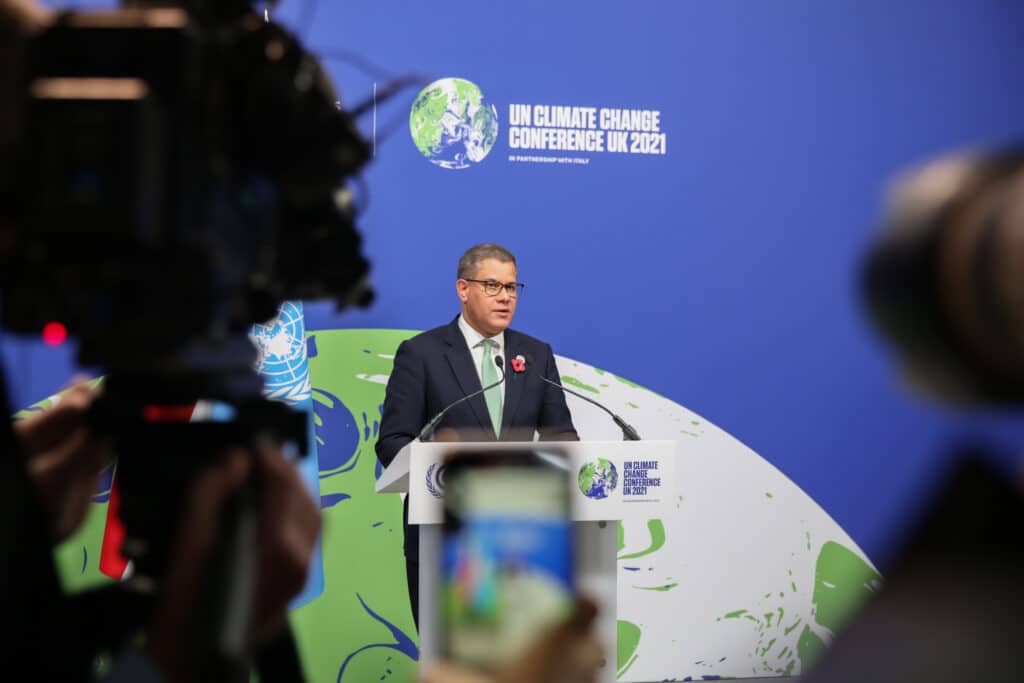 The 26th Conference of the Parties to the UNFCCC was surely a starting point for more ambitious and accelerated climate action in transport in the coming years. Several ambitious transport coalitions were brought into being, one of them aiming to phase out ICE vehicles by 2040, the Paris Rulebook, potentially including carbon credits for low-carbon transport infrastructure, was finalized, and the COP26 conclusion calls for tougher climate pledges by 2022.

A lot has happened during the UN climate talks – but are we at all close to the paradigm shift we so urgently need in the transport sector?

In the run-up to COP26, a large number of countries, subnational governments and companies made net-zero pledges, promising to reduce emissions to zero or fully compensate for remaining emissions at a given date. The US and EU aim to hit net zero by 2050, China announced plans for carbon neutrality by 2060, and India declared its pledge to achieve net zero by 2070 during the UN climate talks. A total of 50 countries submitted their carbon neutrality targets officially to the UNFCCC in their Long-term Strategies (LTS) or new or updated nationally determined contributions (NDCs), here referred to as ‘second generation’ NDCs. Another 26 countries announced net-zero targets in other ways, many at the COP26 Climate Ambition Summit and some in national strategy documents or legislation. Information on the transport-related content of these is collected by GIZ in collaboration with SLOCAT in the Tracker of Climate Strategies for Transport.

… but mid-term goals for the transport sector still lag behind

As part of the regular update process, many countries submitted second generation NDCs, which were originally due in 2020, but were in many cases delayed owing to the COVID-19 pandemic. Most of these set mid-term targets for 2030. Six years after the adoption of the Paris Agreement and one year into the start of commitment periods for NDCs, these second generation NDCs do not yet deliver on the needed deep transformation of the transport sector.

So far, transport remains one of the fastest growing sectors in terms of GHG emissions, with a growth of 17.2% between 2010 and 2019 globally. While the sector is covered by economy-wide targets in many NDCs, this is in most cases not yet supported by sectoral targets. Setting ambitious sectoral targets is essential to provide guidance for policy-making in the sector and to ensure accountability of institutions and individuals. Governments have so far been hesitant to establish transport sector targets. Reasons for this could be that the sector is crucial for economic development and because measures affect all of society, making it politically difficult to implement changes. However, setting targets can also enable a wider societal discourse on what needs to happen to decarbonise the sector, how this can help improve existing – often unsatisfactory – transport systems, and what needs to be done to mitigate adverse effects of measures.

There is an increasing number of transport sector targets, but large emitters are still missing

By 25 November 2021, 34 countries have set non-GHG emission targets for the sector in second generation NDCs, setting for example specific targets for increasing the share of electric and other zero emission vehicles, improving vehicle efficiency, or enhancing the use of biofuels and generally renewable energy in transport. Such targets can be very useful, as they provide clear guidance for action. However, they fall short of enabling a comprehensive transformation of the sector: There is a clear focus on targets for the improvement of vehicles, with very few targets addressing the need to avoid travel and shift to more efficient modes, such as public passenger transport or rail freight.

So far, none of the large emitters have set GHG emission targets for the transport sector in their NDCs or LTS, including those with net-zero targets, like China, the EU, India[2] and the US, which together represent 57% of global transport CO2 emissions. Japan, which represented around 2.8% of global emissions from the sector in 2019, is an exception. Overall, 30 countries support their net-zero targets with mid-term transport targets in their NDCs or with medium and long-term transport targets in their LTS. Eight of these are EU member states.

Current transport sector targets in LTS and second generation NDCs cover a wide range of ambition levels and not all cover the entire sector. Fiji, for example, aims to reduce domestic maritime emissions by 40% by 2030, which represented around 6% of the country’s total transport sector emissions in 2011, the most recent inventory year. Others, such as Bangladesh and Mauritius, have absolute emission targets or reduction targets that are below baseline but that would still result in a continued substantial increase of emissions up to 2030 compared to current levels. Only few mid-term targets deliver actual reductions compared to current emission levels, such as the absolute target of Japan to limit transport sector emissions to 146 Mt CO2e by 2030, a 35% reduction below the 2013 reference year.

However, it is essential to move from marginal reductions to systemic change and achieve a peaking of emissions in the sector as close as possible to 2030 to allow for a full decarbonisation in line with stated carbon neutrality goals and the objectives of the Paris Agreement. This requires targets that trigger this change and enable innovation and redirection of funds towards cleaner and more sustainable transport solutions.

Opportunities for embedding climate action into sustainable development should be captured

Full decarbonization requires transport planners to focus on people and goods instead of vehicles. If implemented right, this brings a range of benefits for energy security, economic development and the quality of life, additional to the obvious environmental advantages. With the urgent need to act on climate change, growing populations in many parts of the world, increasing urbanisation and related challenges for transport systems, now is the ideal moment to re-think transport systems to provide better, healthier and decarbonised mobility to all.

This blog article is part of a series of five blog articles around transport in new and updated NDCs and LTS based on an assessment by GIZ and SLOCAT and funded by the International Climate Initiative (IKI) of the German Federal Ministry for the Environment, Nature Conservation and Nuclear Safety. For a comprehensive overview of further aspects of the assessment take a look at our brochure.