Between 2014 and 2016 TRANSfer supported the Colombian Government in the design of a NAMA on Active Transport and Travel Demand Management – NAMA TAnDem, for its initials in Spanish (Concept document and short presentation can be downloaded on this website). NAMA TAnDem has the objective to increase the modal share of cycling in 17 cities by 9% until 2030, improve local air quality and reduce a minimum of 3.88 MtCO2 until 2030. The NAMA complements the countries National Public Transport Program, which co-financed the build-up of 17 formal and efficient public transport networks in Colombian cities. With the implementation of NAMA TAnDem, complementary cycling networks will be built in these cities, creating a solid basis for intermodal, low carbon urban mobility in the country’s most important cities.

Between March 2017 – March 2018, the implementation of NAMA TAnDem was piloted in Bogotá, Pereira and Ibagué, with support of the TRANSfer project. Aligned with the specific needs of each pilot city in terms of active transport and travel demand management, the National Government together with TRANSfer and other technical cooperation agencies engaged in capacity building measures for local administrations (e.g. seminars on parking management, design of cycling infrastructure and financing of public bicycle schemes), awareness raising campaigns for the general public as well as empowerment of relevant institutions (e.g. advise for the city of Bogotá in the creation of a Parking Management Unit).

In Ibagué, TRANSfer road-tested an innovative digital approach to transport data collection, the results of which were incorporated in the city’s Mobility Master Plan and were used to prioritize the implementation of the city’s Cycling Master Plan. As a result of an innovative training approach on the design of cycling infrastructure, the city now counts with 30 well trained government officials, 4 km of designed cycling lanes and replicable designs for critical types of infrastructure such as roundabouts and intersections. In the course of the pilot phase, Ibagué also became a member of MYC.

What happens next? Together with our partners we have developed an action plan for 2018 / 2019 for the implementation of NAMA TAnDem. We have further engaged in the initiation of a donor roundtable in order to improve donor coordination and have identified some financing options. With CIUDAT, the interministerial steering committee of NAMA TAnDem, we leave implementation in able hands and are positive that the world will hear much of Colombia’s ambitious cycling plans in the years to come. 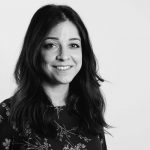